The A team; The dream team; amigos. All for one and one for all. And then one leaves. And they’re centre stage in the team shot. On the website. AWKWARD.

A client contacted me this week with just that problem. Her headache was getting the team together for another shoot. In her words:

“Biggest problem I have is, … the hassle of getting everyone here for it. It’s almost like as soon as I fix a date they have to organise something so they either can’t be here or need to shoot off!!

The next best thing is digitally altering the original team photo. This is the brief the client sent me: 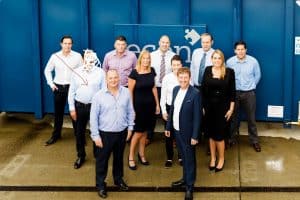 The photo is from a series of images I shot in Autumn 2017 and is actually the second set of group shots done for the company. The person to remove from the shot is not on the edge – which would have been quite simple – but in the middle row of the group. Additionally, once he is taken out, the person at the back would then look separate from the rest, as well as missing the left side of his body: So he has to be moved over to fill the gap. It wasn’t straightforward, but I managed to create a new image from the brief. Here it is: 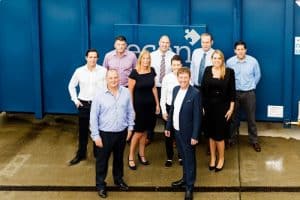 One way of making this type of edit easier is to think ahead and create a group shot from a series of individual shots, building up the group as you go. If a member then leaves, it becomes easier to remove or move the others in the group. With very careful planning, it’s possible to add new people to the group too.

Are you ready to get your team together for a photo? small or large, I can create images that will show who you are. Call me on 07795 071446 or drop me an email.